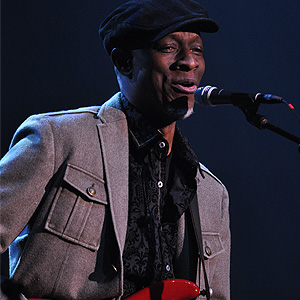 NOTE: Keb' Mo' is not scheduled to perform during the Fall 2019 Tour.

Three-time Grammy winner and visionary roots-music storyteller Keb' Mo' embarks on a new chapter in his career with the April 22 release of BLUESAmericana on Kind of Blue Music. His twelfth full-length album marks the 20th anniversary of his debut Keb' Mo', but, more important, the disc is a signpost of artistic and personal growth.

At its core, the album is about love and understanding. Those qualities are expressed in some of the most poignant and joyfully melodic numbers Keb has ever recorded. Many of them, including the pledge of commitment "Do It Right" and the reflective "For Better Or Worse," assay devotion and marriage. The thorny, comic "The Worst is Yet To Come" is about hope, despite the hilarious laundry list of pitfalls its protagonist endures as he searches for a silver lining. And "Somebody Hurt You" is, in Keb's words, "where the blues meets the church." That number features Rip Patton, a longtime friend and Civil Rights era Freedom Rider, on beatific bass vocals. "My first intention was to make a stripped-down acoustic album - just me and my guitar playing some songs. But" - Keb laughs - "I couldn't do it! I love ensembles so much."

Acoustic guitars do feature prominently in these arrangements, which boast plenty of textural flesh via electric and resonator slide guitars, mandolin, percussion, keyboards, reeds and horns, but still reveal the gorgeously chiseled architecture of their bare bones origins. The album was co-produced by Keb and his friend Casey Wasner, who's an accomplished performer in his own right.

"I didn't want other musicians to influence the direction of the songs," explains Keb, who played most of the guitars on BLUESAmericana as well as bass, keyboards and several other instruments. "I wanted everything on the album to be as pure a statement from me as possible. Even when I called another musician to play a part, I had already recorded a template of what that part should be, to guide them."

Keb's favorite number is the ebullient "I'm Gonna Be Your Man," a dynamo of a song that starts with acoustic guitar and powers through its blues foundation to more free-ranging sonic terrain. The tune also boasts one of Keb's gorgeous signature melodies. "Every great song needs a melody that you can latch on to," he declares. "Melody is powerful thing."

Another highlight and a musical first for Keb is "The Old Me Better," a New Orleans street parade tune co-penned with his longtime writing partner John Lewis Parker. The song gets its Crescent City sound from guest artists the California Feetwarmers, a band Keb' discovered playing a birthday party he attended at a home in L.A.'s Topanga canyon. "When I heard them play, I knew that was the sound I wanted for the song," he notes.

BLUESAmericana represents the second time Keb has undergone a personal transformation. The first began in 1984 in his native Los Angeles, where he'd worked hard to get record and publishing deals and establish himself as a studio musician under his given name Kevin Moore, and then saw all of that dissipate.

"I was convinced my career was over, and that if I was lucky I'd be able to play blues gigs for $40 or $50 a night... if I was lucky," he recounts. He was very lucky. Kevin got a gig in a blues combo with saxist Monk Higgins and guitarist Charles "Charlie Tuna" Dennis, who today plays rhythm six-string behind B.B. King.
Keb' Mo' & BB King

"Until then I thought there was just two kinds of blues - fast and slow," says Keb. "Charlie taught me that there are all kinds of blues: Delta blues, Texas blues, Chicago blues, soul-blues... I started opening my mind and learning how deep the blues was." His discovery of historic blues artists Robert Johnson and "Big" Bill Broonzy also resonated profoundly, and over the next decade Kevin developed a sound that blended their acoustic framework with the pop, R&B, rock, jazz and soul that had previously stoked his compositions.

"I never set out to be a 'blues guy', " he explains, "but the blues is very powerful and fuels what I do. The blues puts the 'realness' in it for me."

By 1994 Moore was signed to a major label again. He determined to celebrate his creative rebirth by adopting the new moniker Keb' Mo'. His first album under that name, Keb' Mo', earned gold-record status. The second Keb' Mo' album, Just Like You, won the Grammy Award for Contemporary Blues Album - a feat he's repeated twice since then, with 1999's Slow Down and 2005's Keep It Simple and he has been nominated 4 additional times.

Over the past two decades Keb has cultivated a reputation as a modern master of American roots music through the understated excellence of his live and studio performances. His songs have been recorded by B.B. King, Buddy Guy, the Dixie Chicks, Joe Cocker and Robert Palmer, and his playing inspired leading instrument maker Gibson Brands to issue the Keb' Mo' Signature Bluesmaster acoustic guitar. He's collaborated with a host of other artists including Bonnie Raitt, Jackson Brown, jazz diva Cassandra Wilson, Buddy Guy, Amy Grant, Solomon Burke and Little Milton. Keb also performs the theme song for the smash sit-com Mike & Molly and was music director for TV's Memphis Beat.
Keb' Mo'

He's no stranger to the stage and screen himself. Keb's acting career began with an early '90s Los Angeles production of Leslie Lee's The Rabbit Foot. He portrayed Robert Johnson in the 1998 documentary Can't You Hear the Wind Howl and appeared three times on the TV series Touched By An Angel. He also played the ghostly bluesman Possum in John Sayles' 2007 movie Honeydripper.

But Keb stresses that his focus will always be on making music and being a communicator, a songwriter. 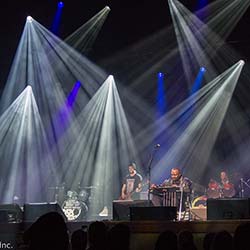 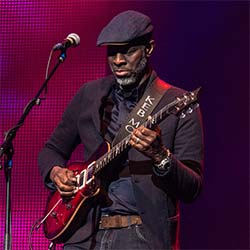 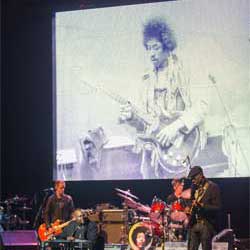 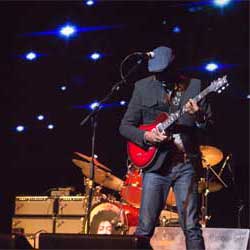 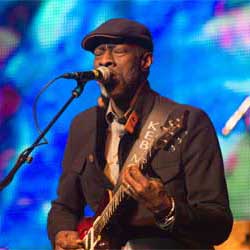 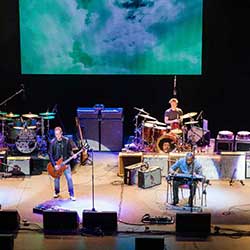 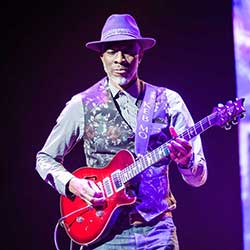 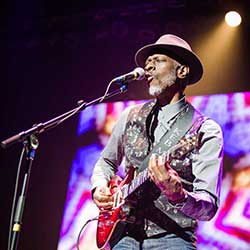 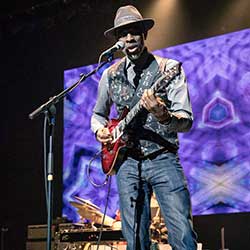