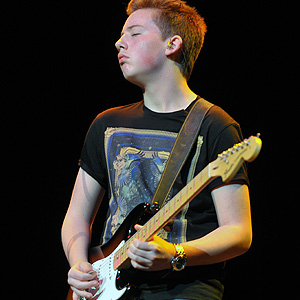 NOTE: Quinn Sullivan is not scheduled to perform during the Fall 2019 Tour.

16 year old Quinn Sullivan is quickly gaining quite a reputation among today's most respected guitar players and musical artists. He has been touring the world with his mentor and friend, Buddy Guy, promoting his latest CD, "Getting There," produced in Nashville with multi-Grammy winner Tom Hambridge.

Since the age of 7, Quinn has been sharing stages with legendary players like Buddy Guy, Eric Clapton, Los Lobos, Joe Bonamassa, and BB King at iconic venues like the Hollywood Bowl, Madison Square Garden, and Red Rocks. He has also performed at some of the world's most prestigious festivals including Montreux jazz, Austin City Limits, Eric Clapton's Crossroads Guitar Festival and the Mahindra Blues Festival in Mumbai, India.
Need a high-res image? Click the above picture for a full-size version.

It all began with a toy guitar. When Quinn was three years old, his parents gave it to him for Christmas after noticing his natural affinity for music. Pretty soon Quinn was on his way, taking lessons and performing with local musicians. It quickly became apparent he had a gift and there has been no stopping him ever since.

In 2006, Quinn made his national television debut on the Ellen DeGeneres show and brought the crowd to its feet with his rendition of the Beatles classic , "Twist and Shout." Then, in 2007, Quinn had an encounter that changed his life forever. He met blues legend Buddy Guy at a theater in his hometown. Buddy invited Quinn on stage that night after witnessing his ability during a backstage visit. Shortly thereafter, Buddy asked Quinn to record some guitar tracks on his album "Skin Deep," released in 2009.

In 2011, Quinn released his debut CD, "Cyclone," which peaked at #7 on the Billboard blues album chart. He performed the title track on Jimmy Kimmel Live in March of that year and continued to tour throughout the U.S. and Canada, gaining thousands of new fans and followers along the way. Quinn released his second CD, "Getting There," in June of 2013. He continued touring and exploded onto the national television scene making appearances on Late Night with Jimmy Fallon, The Tonight Show With Jay Leno, and a second appearance on the Ellen Degeneres Show.

The journey continues into 2015 and a new record is in the works. Quinn will be touring throughout the United States, Canada, and Europe this year in continued support of his second release, "Getting There." 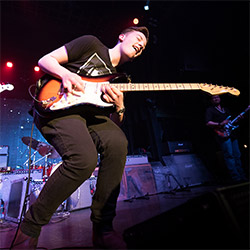 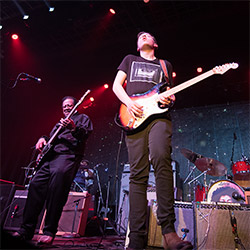 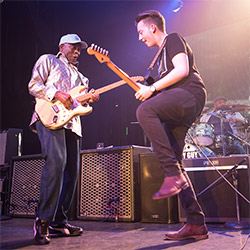 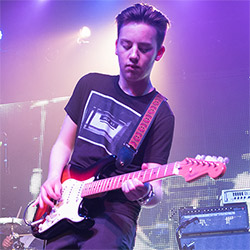 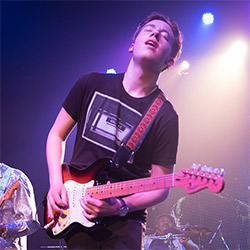 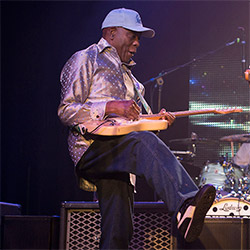 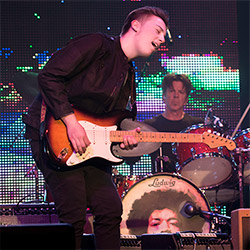 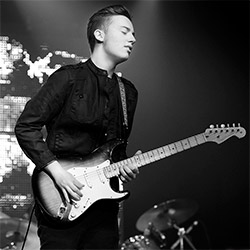