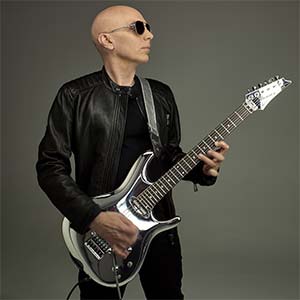 Joe Satriani is scheduled to perform with Experience Hendrix Tour on the following dates:
(click dates for more information)

Ladies and Gentlemen, Meet Joe Satriani. On What Happens Next, the legendary guitarist reveals a new persona: himself.

As fans know, Satriani hinted at the demise of his alter ego in 2015's Shockwave Supernova album after that character threatened to battle Satriani for his very soul.

As Satriani hit the road in support of the album, he discovered Shockwave Supernova, the latest in a long line of alien personas Satriani had created, was truly suffocating him—a process captured in a new documentary directed by Satriani's son ZZ, which will debut at the Mill Valley Film Festival. "As I was doing the last few legs of the tour, I started to think 'Wow, maybe this is real life.' I am feeling like I should just drop this guy and figure out a way to do something very different."

What happened next was nothing short of a metamorphosis. "It was an internal artistic rebirth," Satriani says. "I'm thinking, 'No science fiction, no time travel, no songs about distant planets or aliens or anything like that."

Instead, Satriani looked inward, writing songs, he says, "about a human being, two feet on the ground, heart pumping, with emotions, dreams, and hopes. That seemed to be the direction I really was yearning for."

The stunning result is What Happens Next, the most accessible, straight forward rock album that Satriani has ever made. The set pulses with a vibrant energy from the dynamic opening track "Energy "to the stomp of "Catbot," majestic crunch of "Thunder High On The Mountain," spiritual grace of "Righteous" and sensuality of "Smooth Soul."

There's a vulnerability to shedding the protective veneer that personas such as Shockwave Supernova provided. "It's a frightening feeling to walk out on that artistic limb where you're not relying on any kind of formula," Satriani says. "You're brave enough to simply write about bare feelings. When I step back and look at all the new songs, I realize they represent a person living and breathing in the world today."

If Satriani was going to "drop everything and go into something brand new," he needed to surround himself with co-conspirators whom he knew could fulfill his vision, so he turned to Red Hot Chili Peppers' drummer Chad Smith—also his bandmate in Chickenfoot, Deep Purple bassist and longtime friend Glenn Hughes, and producer Mike Fraser.

Utilizing a trio instead of a full band, Satriani hoped to replicate the energy he found working with Chickenfoot on their first album. "It was basically three musicians and Sammy [Hagar] screaming on top of us, and there was none of that waiting to see what the other guy plays so much as we were just all going at the same time," he says. "We were just attacking it with so much fun and energy. It's a unique quality that makes the listener feel like there was something bigger than the sum of their parts and I wanted to make sure that we captured that."

Satriani, reached out to Smith, relaying, "'I've got this crazy idea—rock n' roll record, fresh, immediate, lively. You, Glenn Hughes on bass and me'," Satriani recalls. "I was expecting him to tell me to go take a walk, but he signed on immediately." So did Hughes.

After sending Smith and Hughes the songs, Satriani laid down a few ground rules, which boiled down to Keep It Simple. "I said to Chad in an early text, 'No odd time signatures, no progressive stuff, pure rock and soul.' The last two records really showed that I was enjoying playing with progressive elements, and when I reached the end of Shockwave Supernova, I said, 'I think I've done it. For some reason, I don't feel like going back over that anymore'."

His advice to Fraser was equally direct. "His job was to not let any of us work this to death. That way, Chad, Glenn and I could just go out and be musicians, which means being like teenage kids making lots of noise. Then you have the father figure in the control room making sure he captures it all."

Growing up on Long Island, N.Y., Satriani turned to the guitar only after first attempting to play drums and piano and failing miserably. "I spent hours sitting right next to my mother as she played piano, and I marveled at her ability to play rhythm and melody independently and be able to read sheet music. It's just something I never had," he says.

But then, the guitar came along. "I was like, 'Oh, look at this. I actually can progress," he remembers. "In two days, I've learned these chords, and it's not as awkward as the piano, and certainly not as awkward as the drums.' I started on the guitar because I was such a Hendrix fan, but I got to day two because I noticed that it was the instrument that presented the least amount of resistance. Although I constantly feel like I'm not really cut out to be a guitar player and certainly not a performer in the music industry, here I am. Once it got in my hands, I said, "I'm never letting go of this guitar because this is my ticket to expression,' you know?"

What a ticket it's been. Satriani has earned six gold and platinum discs over his 30-year career, selling more than 10 million albums and garnering 15 Grammy nominations.

And he's far from finished. With What Happens Next, Satriani asks his fans to join him in a new chapter. "I think the ultimate goal of human experience is for us to become closer," he says. "It's fun to write about science fiction and things like that, but it's a little bit more difficult to get closer to people by writing about something that's so abstract. So I focused on rock and soul as a way to recognize our shared experiences, our wishes, our dreams, our hopes and fears. This record is an invitation to get closer. That's really what it is." 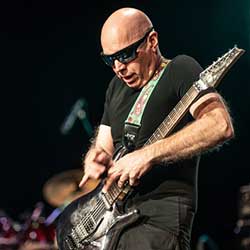 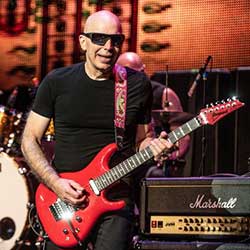 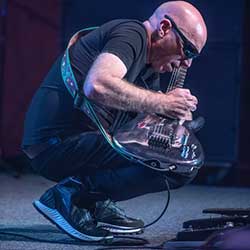 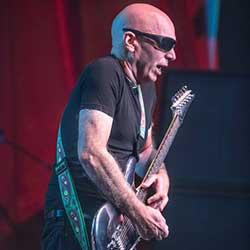 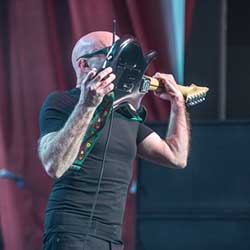 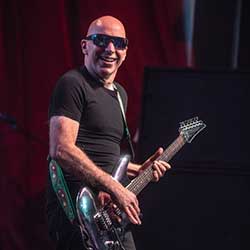 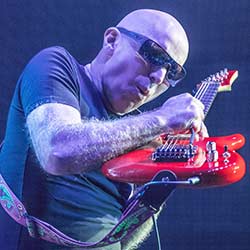 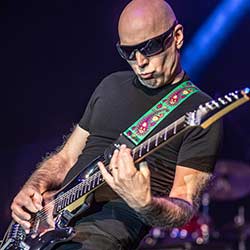 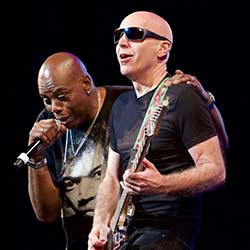