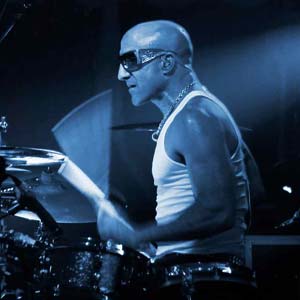 Kenny Aronoff is scheduled to perform with Experience Hendrix Tour on the following dates:
(click dates for more information)

All of these rock 'n' roll superstars have performed with Kenny Aronoff as their drummer, keeping the beat in the studio or on the road.

So how does one become such a sought-after drummer? It all began in 1964, when a young Kenny watched The Beatles perform on the Ed Sullivan show. He asked his Mom to call The Beatles because he wanted to play in their band. Little did he know that fifty years later he would get to perform onstage with Sir Paul McCartney and Ringo Starr, as well as countless other professional musicians, during the CBS Special The Night That Changed America.

Before that lifetime achievement, Kenny began his rock career touring and performing with John Mellencamp for 17 years! When Mellencamp decided to take time off, Kenny was motivated to embark on his own. He fulfilled a lifelong goal—and became a sought-after session drummer, as well as a touring drummer.

Today, Kenny Aronoff spends his time touring, recording in the studio, and teaching people how to embrace adversity and gain confidence in their personal and professional lives. His life lessons, the stories, the music, and the adventure come to the stage with Kenny Aronoff—one of the most in-demand entertainers in the world! 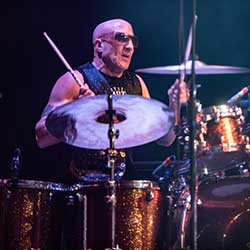 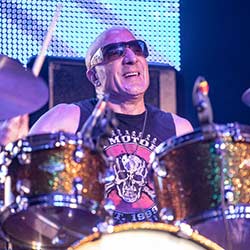 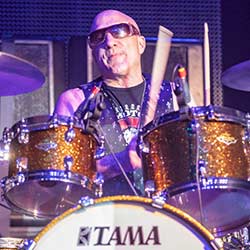 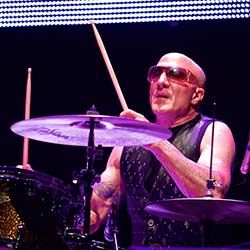 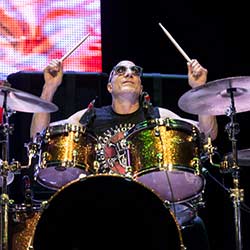 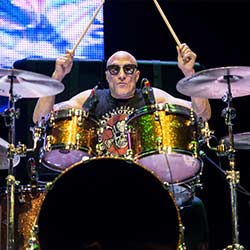 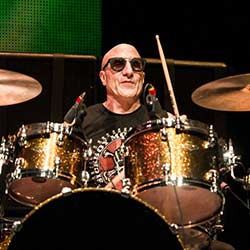